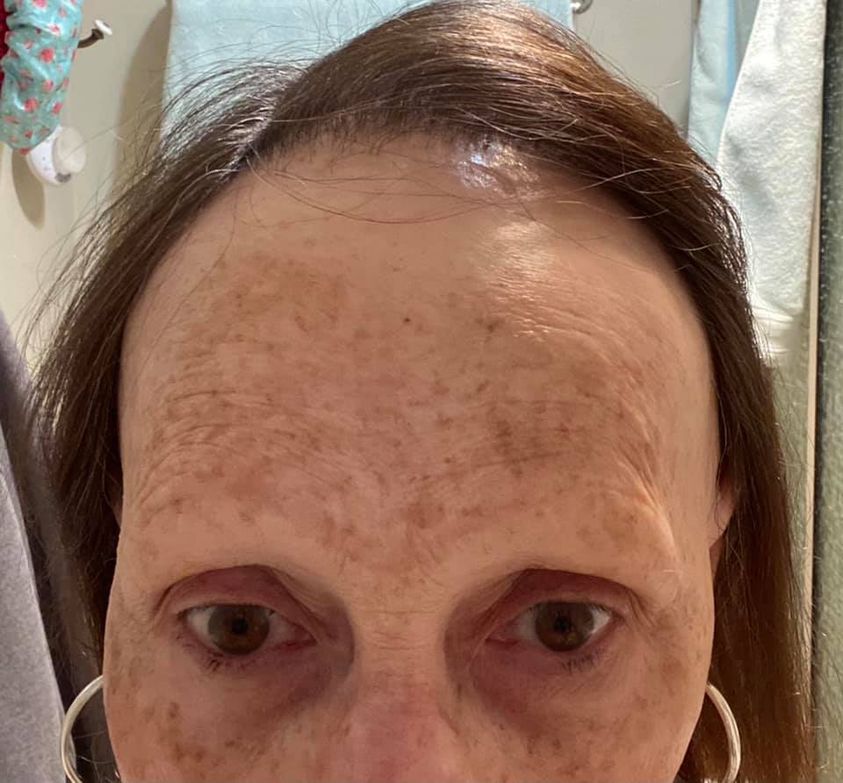 Do you have a receding hairline that is getting higher and higher? Is the skin below your hairline pale and shiny and often has red dots?

This could be Frontal Fibrosing Alopecia.

It is just one type of Alopecia but strangely it seems to be becoming very common from my experience and also that of Dermatologists and Trichologists. Frontal Fibrosing Alopecia (FFA) is the skin actually scarring over the hair follicles which prevent the hair from growing again. The red dots are perifollicular inflammation and generally result in hairloss from those inflamed follicles. You can often see a stray hair or two just randomly sticking out of the skin that has scarred over the follicles.

The cause of FFA is thought to be one or more of these factors - genetic, hormonal, autoimmune, inflammatory, and environmental with recent evidence linking sunscreen and other cosmetic ingredients to a causal role of FFA. Mostly FFA affects women post menopause however it is also seen in men and children.

The ingredient within sunscreen and moisturisers that may play a causal role in FFA is Titanium Dioxide. In recent years the majority of our facial moisturisers contain sunscreen. The FFA - Sunscreen theory is likely given the research studies that have been conducted by highly reputable Dermatologists however it is not considered conclusive as yet. In the meantime, It is probably wise to avoid sunscreens and moisturisers with Titanium Dioxide or just avoid moisturisers with sunscreen in them. Nobody needs sunscreen on every day and in fact in some recent research undertaken, Dr William C Cranwell and Professor Rodney Sinclair have discovered regrowth after their patients have stopped the use of sunscreen on the forehead. I have also seen a slowing of this condition in my clients who have started to strengthen their immune system and remove toxins. My advice would be just use sunscreen on your forehead only when necessary rather than everyday within your moisturiser and when you do use sunscreen perhaps look for a natural product without Titanium Dioxide.

Also, if you have this condition and it has worsened to the point that you would like a solution, please make contact as we can help you.